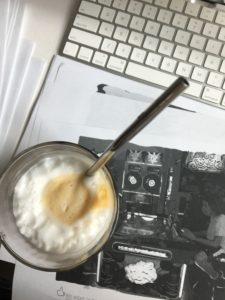 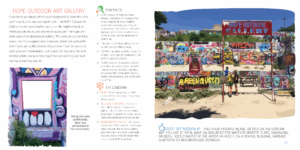 I’ve written before about the importance of flexibility in a writer’s life, and was recently reminded of that truth. My colleague, Virginia, and I are just about ready to put our Austin guide for kids out into the world, but learned that one of the places we highlighted in the book is closing soon. The HOPE gallery is awesome, and thankfully will reopen somewhere, but the 4-1-1 isn’t known yet. As a result, we’re going back to the old drawing board for a new location to highlight. It’s an unexpected delay, but we know the book will be better and more accurate if we make the change, so we’re rolling with it!

If you are able to get to the great graffiti park before it moves to its new digs, here’s a little piece of Expedition Austin to take with you. While our book is “officially” for kids, we say there’s no shame in letting childhood last a few extra decades. We’d love feedback if you do use this page–and we promise to take it to the drawing board.

Look how cute our new book is going to be! (I can’t help but share, even though the words are still rough.) 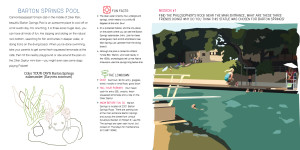 Last year, my colleague, Virginia, and I published a pretty, witty little book about traveling to Paris with children. It’s super cute, and super niche.

This year, we’re working on another guide, but decided to tweak our original idea a bit. While the Paris book was targeted to parents, this one is being written about Austin for kids. It will look and feel much like Paris When It Giggles, but the text is written for young travelers rather than their parents. Like PWIG, the new book will have gorgeous illustrations of kids doing cool things around town, but it will include a much wider set of children, have fun facts about Austin sites and small missions for kids to complete, and provide tips they can share with the adults responsible for carting them around.

We’re racing along, hoping to finish the book by May. It’s another labor of love to be sure, but we think the tweaks we’re making will give it broader appeal. There will be around 30 vignettes like the rough draft of Barton Springs above. So. Much. Tweak! 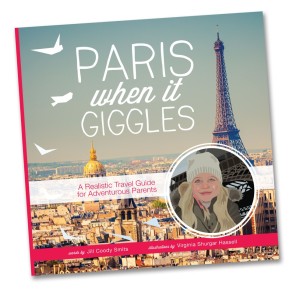 Well, I wrote about the Labor of Love way, WAY back in February 2013, and finally, FINALLY it’s just about done. There are many wonderful travel guides for Paris, but I don’t think there’s anything quite like this…travelogue, picture book and city guide all rolled into one pretty little package. I’m waiting on the second proof as I type, and hopefully I’ll be able to say I’m a (self-) published author by next week. It’s very exciting, and it’s been great fun working with awesome illustrator Virginia Shurgar Hassell to create something we are both proud of.  I’ll write more soon about the process of getting here, our hopes and professional goals in a post-bestseller career phase, and how soon we expect book sales will enable us to retire.